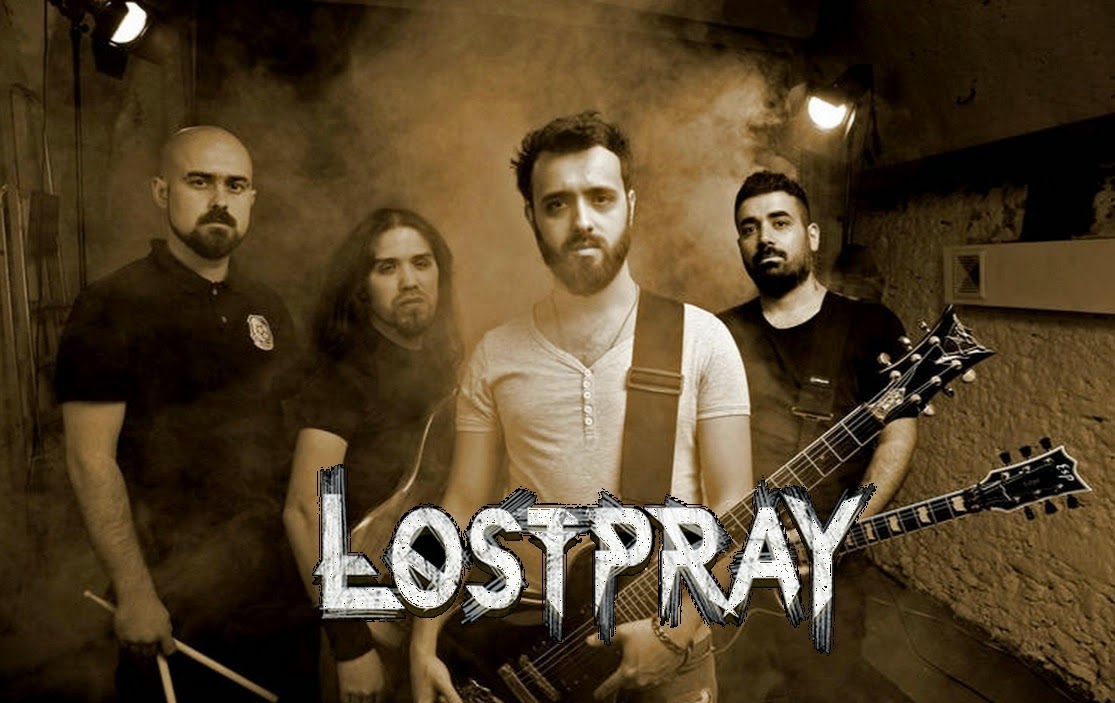 Lostpray is a band formed in the Ukraine. Last year in spite of all the instability in their homeland these Metalheads pushed forward and produced a hell of a good kick ass album titled That's Why. 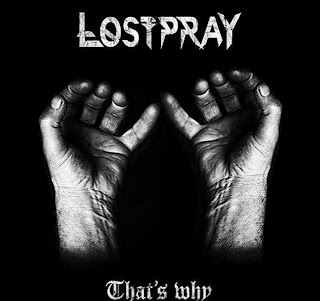 Lostpray has everything that a traditional Metal fan wants; soaring guitars, heavy riffs, pounding drums, and Metallica-esqe vocals. These guys should be much more well known than they are here in the West!

From their Facebook page they have been quite busy since their release of That's Why. There are plenty of rehearsal pictures, live videos, and even a rehearsal cover of the Metal god Dio's classic Holy Diver.

They are signed to Pure Steel Records from Germany who represent such acts as Blood and Iron, Steel Prophet, Warrant, and Halloween. 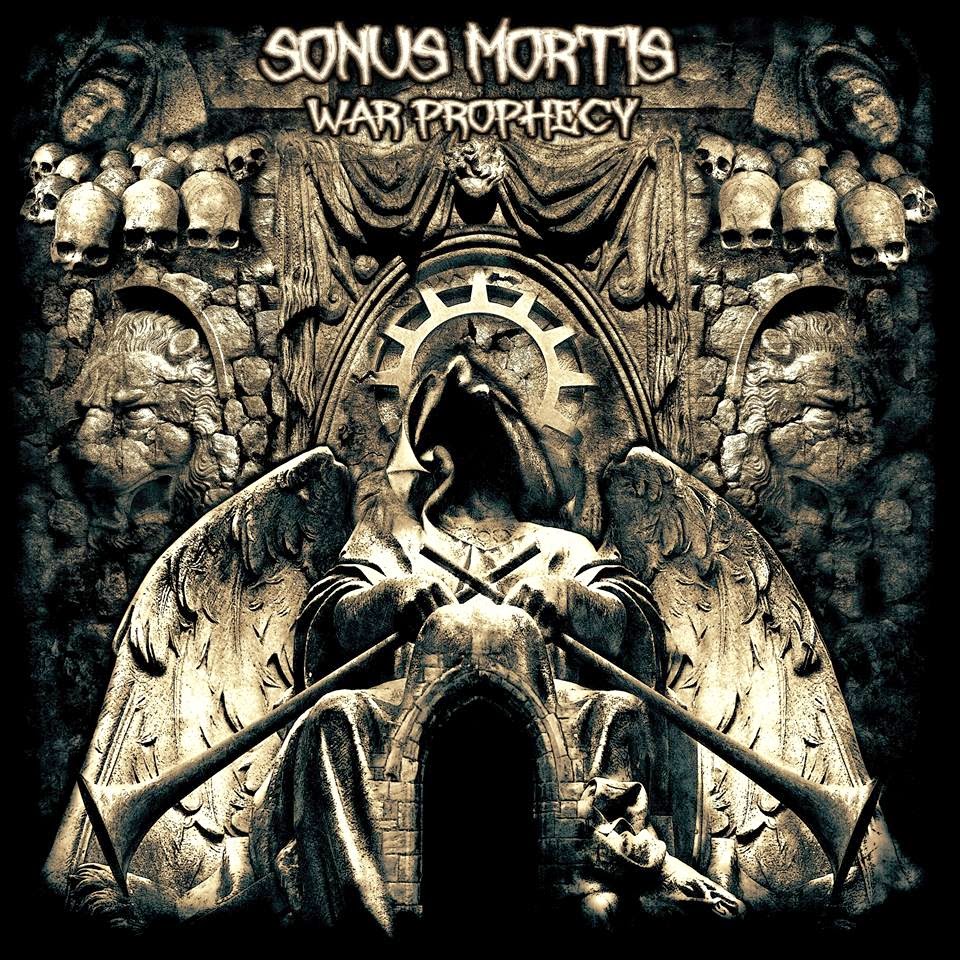 Sonus Mortis is a one man dark symphonic death metal project." Kevin Byrne, a multi-talented musician/songwriter, released War Prophecy just recently this year. It is his second full length album and all instrumentation and vocals are him on this Metal assault. It is a rich mix of unholy anthems that work exceedingly well.

literary themes are easily seen in Kevin's work in songs such as A Pale Reflection, and The Children of Dune. If you want to hear some well thought out and executed Death Metal than crank up some of Kevin Byrne's Sonus Mortis, and Hail Satan! 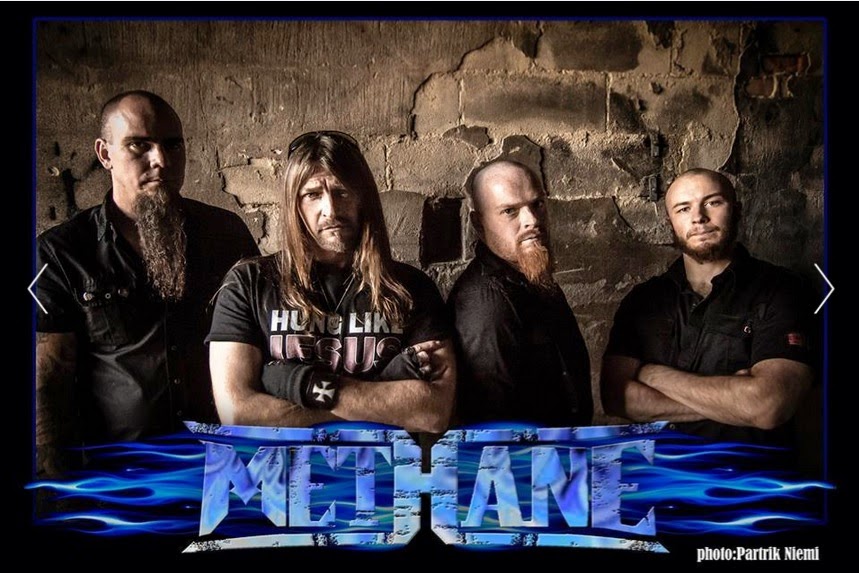 Methane is a four piece Metal Outfit out of Sweden. They have a Pantera-esque sound full of piss and vinegar. Tim Scott originally from Revenant, Jim Masterbo former Hell Patrol guitarist, Dylan Cambell, and Andreas Strom combine their talents into the Metal monstrosity that is Methane.

They are gaining great reviews right across Europe and pretty much wherever they end up playing. Last year they gained success with great gigs such as the Metal Inferno Festival in Kramfors Sweden.

Despite their initial release Southern Metal only having three songs on it there has been quite a bit of praise for the EP.  It has been getting reviews such as "3 tunes of just ass kicking metal" 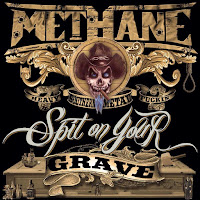 If all this makes you want to hear more of these  headbangers you will not have too much longer to get their first full length album Spit On Your Grave. The Southern Metal masterpiece is due to hit the market this month.

Until then Methane's song Scars and Bars has been on the sound track of an E-novel, H8 Society - How an Atomic Fart Saved the World!! Download it entirely free from BitTorrent at this address
https://bundles.bittorrent.com/bundles/h8society ‪#‎endtheh8‬ 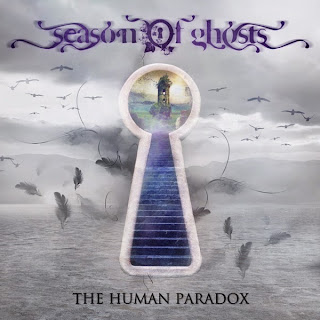 Season of Ghosts are an electroMetal group with a paranormal twist lead by Greek singer-songwriter, Sophia Aslanidou. If you are a fan of Evanescence than you will love this group.

Their album The Human Paradox was released last year and was met with critical acclaim. It has a rich and full sound that features members of the Millennium Orchestra. Sounding like a soundtrack to a sci-fi fantasy film the album leads you through a vast mindscape, propelling you ever forward with Metal force yet at the  same time enchanting you with Sophia's hauntingly beautiful voice. 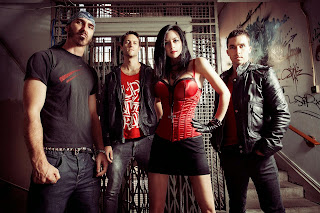 Talking about female fronted Metal bands leads me to Sanguine, a British outfit that have opened for the mighty Metal colossus Megadeth.

In 2012 they self produced an EP Black Sheep that displayed their forceful no holds barred sound. Don't let the sweet sound of Tarin Kerrey's sweet demeanor fool you, one listen to the single Black Sheep and and you will realize that this group can definitely rock out. 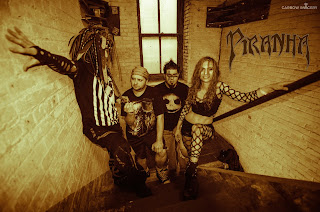 Piranha is a Metal band from Minneapolis, MN. You can hear the influence of bands like Mudvayne, Korn, and System of a Down in their style, it gives them a punch that other bands are missing. It is quite evident in their single Dayzed off of their EP Junk Punch which you can find on Itunes

They are busy touring in order to spread the work that they are a high octane live Metal show. 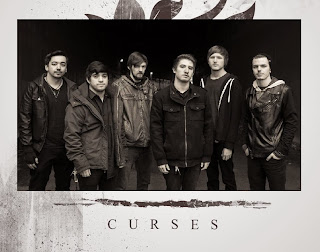 This next group is bunch of Metalcore musicians hailing out of Bluefield, WV. They are in the running to one of the featured bands on the 2015 Vans Warped tour.

Curses combines guttural hardcore vocals with smooth pop style singing.  They have a five song EP out called Depth/Distance which you will want to check out. It manages to balance melody and grind into great mosh pit fodder.

These guys are following in the footsteps of such great groups as Blowsight. I may just have to write a post just on the Metalcore/post-Hardcore scene. In the meantime check out Curses and get a taste of the new shit.

YeneewsRecords
I am a music enthusiast that enjoys creating artwork and my own music among-st other projects.